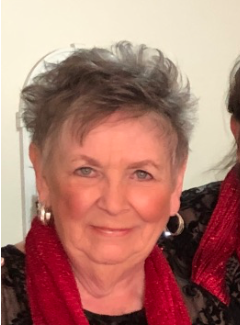 Sandy began singing and performing at a very young age. Her many musical activites include working as a church musician; singing with a mixed a cappella vocal group called "Friends";portraying Rose in a Golden Girls comedy quartet; and entertaining troops on USO tours.

Sandy has sung with three Region Six championship quartets and represented our region on the International contest stage.

Sandy is our teacher, our mentor and our friend.

Sign up for our newsletter to receive the latest news and event postings.